We are delighted to announce that we have integrated the SulfiLogger™, in our big data analytics platform data|APX®.

Hydrogen sulfide formation in sewer systems is a well-documented problem. It is a gas which when released from the wastewater can cause problems both in terms of asset degradation and human health and safety. Asset degradation occurs primarily in concrete sewer structures as hydrogen sulfide is released to the air phase and oxidized to sulfuric acid by the bacteria inhabiting the biofilm above the water level that grows on sewer pipes and manholes.

The human health and safety aspect come directly from hydrogen sulfide being a poisonous gas. In small concentrations it mainly causes odorous problems, however in higher concentrations it can lead to vision impairments, fluid accumulation in the lungs, impairment of the central nervous system and ultimately respiratory stop and death.

By using the novel SulfiLogger™ sensor in the big data platform we can combine dynamic data modelling and real-time sensor data. The SaaS platform provides a complete and dynamic overview of the potential hydrogen sulfide challenges in the utility’s sewer system and can be used in the initial identification and prioritization of problematic sites.

We have already seen great results from projects in Danish water utilities. One project in the city of Struer, the local utility, Struer Forsyning identified a potentially problematic branched force main south of the city Struer. To understand the situation in greater detail, Unisense installed two inline SulfiLogger™ H2S sensors at the pump station and in the gravity line just after the force main’s end-of-pipe discharge.

Using the continuous sensor signal from these installations, Struer Forsyning optimized the dosing rate used in the existing chemical mitigation strategy to match the actual H2S levels resulting in a complete elimination of the hydrogen sulfide problem as observed in the data|APX® platform interface.

Read more about our H2S module 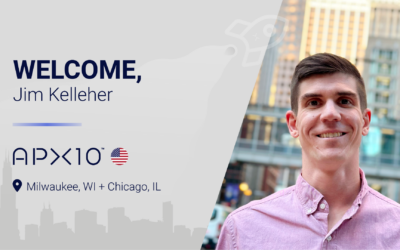 It with great pleasure that we can welcome Jim Kelleher to our company as our Business Development Manager in the US. 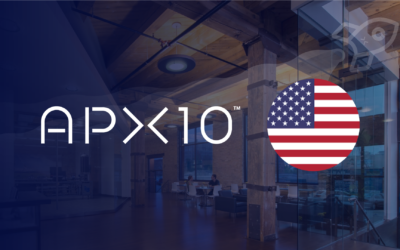 We are pleased to announce that we have opened our first office in the United States and by so established a US company – APX10 Inc. The decision to join the The Global Water Center in Milwaukee was easy to make as we always want to work hands-on with our customers and partners.